Some classes of polymeric materials exhibit semi-crystalline attributes at the molecular and microstructural levels. In such cases there is a co-existence of the crystalline phase and the amorphous phase in the material. PEEK (Polyetheretherketone); a high performance/ high temperature thermoplastic polymer of immense industrial importance, shows such semi-crystalline attributes. The crystalline domain is characterized by ordered arrangements of molecules while all other domains are disordered. Semi-crystalline polymers like PEEK are resiliently solid at temperatures well above their glass transition temperature Tg, only softening or showing rubbery behavior after it has absorbed a certain amount of heat below the melting temperature Tm. At Tm the crystalline structure undergoes a break-down allowing for an actual flow of the material. 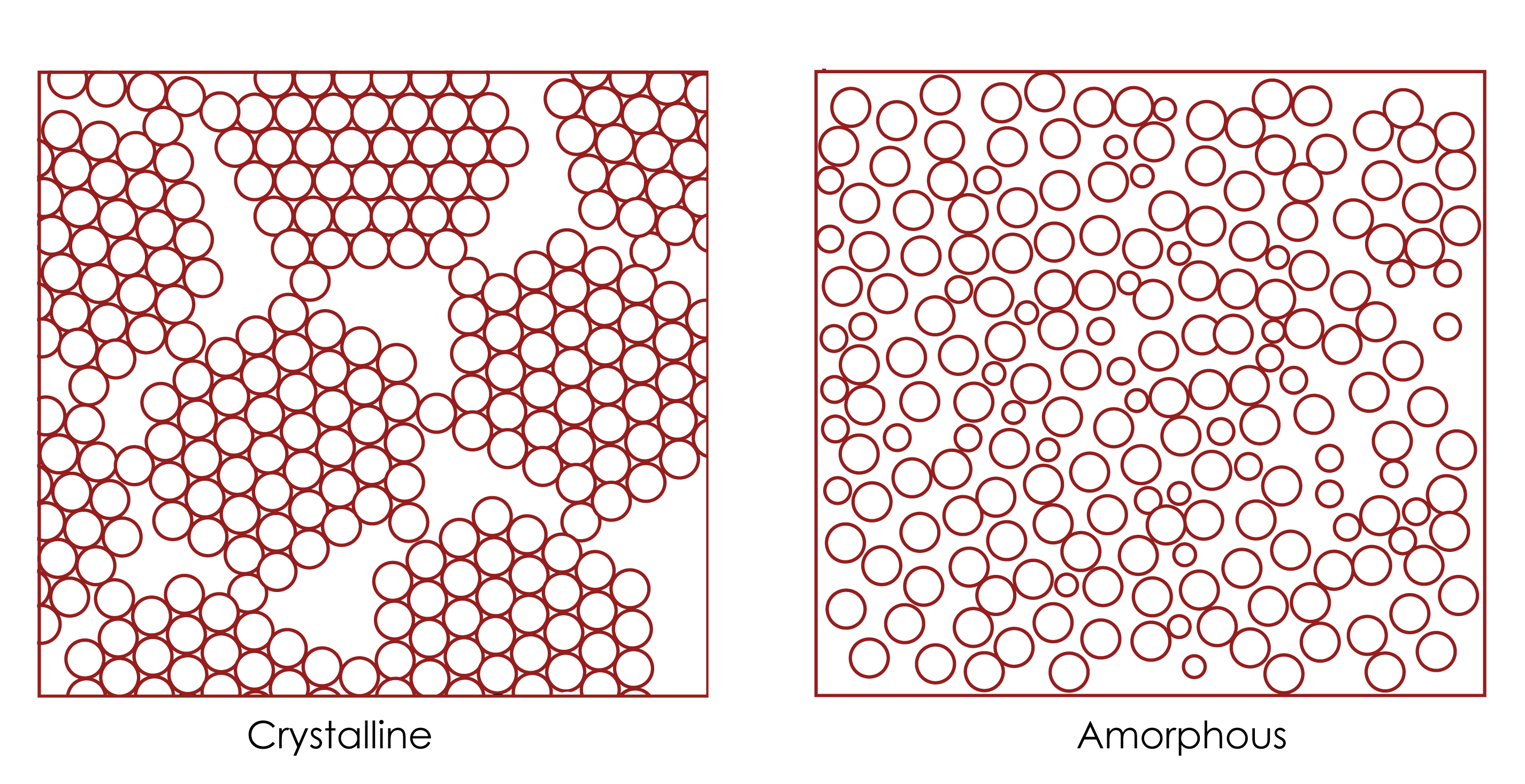 Consider for a moment the reverse process where the fully melted PEEK material is cooling to a solid state. At temperatures Tt where Tg

The degree/extent of polymer crystallinity depends on some of the attributes of the polymer (PEEK) such as its molecular weight, form of the chain structure and of course its temperature treatment. Crystallinity of up to 30% has been determined in 3D printed PEEK at a 0.03 K/s cooling rate. Temperature increase of the polymer makes it possible for the randomly coiled (the amorphous phase) and entangled chains to unfold under stress and begin to disentangle, unfold, and straighten and some of them even slide over their nearest neighbor chains.

Advantages of controlling the attributes of PEEK for specific purposes

Benefits of increasing the degree of crystallinity (within a polymer family):

Figure A. PEEK parts printed in a single print job using Apium P-Series machine. The outer ring portion of the part is amorphous, ductile and energy absorbing while the plate-like portion is crystalline-rich, stiff and high tensile strength relative to the amorphous portion.

„The nature of phase transformation affects printing time, printed part quality and the overall business edge offered by the AM method. Therefore it needs a good understanding in temperature, pressure and concentration in order to control phase transformation. There is a need to understand how thermo-mechanical factors “conspire” to dictate the behavior of materials during the 3D printing process.

For example, in Material Extrusion based 3D printing technologies where a solid state (filament or cylinder) polymer-based material is thermally brought to its melt state, extruded onto an ideally stress-free surface then allowed to solidify under ambient conditions, the temperature profile which defines the entire phase-change process needs to be “choreographed” together with the extrusion rate. This way, crystallinity, optical properties and mechanical properties especially those bordering on strength and plastic behavior can be influenced for the 3D printed part. “– Prof. Dr. Okolo, Material Scientist and CTO of Apium Additive Technologies GmbH

Discover the possibilities of additive production with high-performance polymers to secure advantages for your company.